It’s been almost exactly six months since Darla passed away. Six months since I realized that I was in love with a man who didn’t love me, care about me, or respect me.

Six months always sounds like such a long time when you talk about it in future terms, though generally not as much in hindsight. Back then I’d hoped that in six months the pain would be more bearable, less heart-wrenching, but now I think that was just naivety on my part. After all, how can you put a time limit on the healing process? The pain is no less heart-wrenching now than it was six months ago. Of course, I’d never have imagined then that so many changes could happen to one person, inside and out, in six month’s time, but they have. 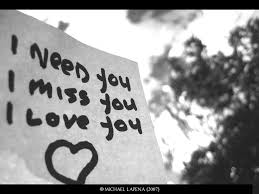 I’m not the only person to have that happen, and I’m certain I won’t be the last. What makes me different, and yet in some instances similar, to those other people is how I reacted; how I’m still reacting. Some people cry and bury their head in the sand waiting for life to magically change itself and them. Others plod along saying that there’s nothing they can do to change it, it just is what it is and they are who they are so they should accept it.

Then there’s people like me. Men and women who cry, fall, pick themselves back up saying, “I accept this as the challenge it is,” and begin the painful process of changing into the person they want to be.

And it is a challenge. It is a challenge to you as an individual to become the person God created you to be, regardless of how radical a change it might be from where you’re at.  And when I say painful I mean earth-shattering, soul-shaking, rip-your-heart-out-and-watch-it-bleed painful that makes the circumstances that started all of it look like a cake walk.

Many, many people recognize the fact that their life isn’t where they want it to be. In fact, most of them feel stuck in a rut, either as one shunned by society or accepted into a certain mold. The problem on both sides is that they are afraid of what it will take to change! They look at it and say, “yes, I’m not happy with who I am or where I’m at, but at least this is familiar. Don’t challenge me to change, I don’t know what will happen.” In layman’s terms, they are too afraid to step out of the box, however lumpy, disfigured, small, or miserable that box may be.

Before the circumstances that challenged me at that level happened I felt the same way. I wanted to change, but I didn’t really know how. I wanted where I lived and what I was doing to be different, but I was in such a mental, emotional, and financial rut I didn’t have a clue how to start getting out. My box had been torn and taped back together and rained on so many times it looked like a piece of cardboard the dog had tried to eat, but couldn’t swallow, tried to lay in, but couldn’t fit, and finally peed on and left alone!

But God is so good! He gave me the resources, the strength, the courage, and the light to step out of that box completely, brush off my hands, and walk away hand-in-hand with Him. I had to say, “Ok, God, I’m ready to let You handle my life.” And only then did I realize that God doesn’t want me to be in a rut or a box at all.

Ramblings Of A Neurotic Writer

A neurotic, anxious mess who reads and travels.

To Dream and Dance Darkness in Light

Be good. Do good.

The Deep End Diaries
gizmoe6904
Living Without Him

Me, Myself, and My Recovery

A look into my battle with eating disorders and my steps toward recovery. Honest. Real. Open. THIS IS RECOVERY!

My Life Through Words & Photographs

Surviving and Thriving While CoParenting with a Narcissist

Photography, Fiction, and Musings on Life